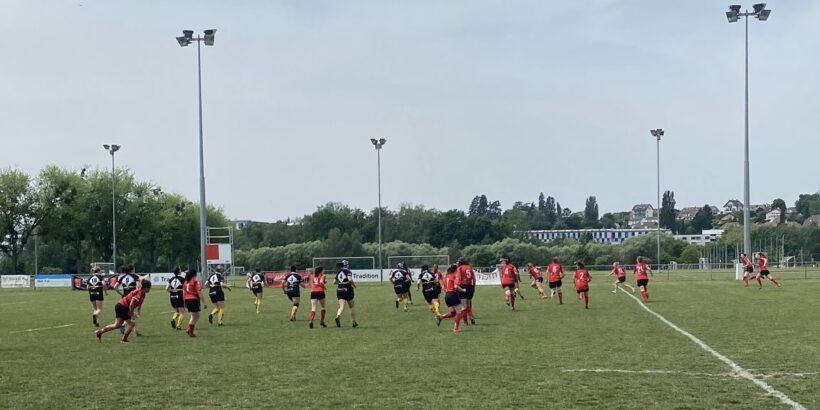 The second half of the season flew by and the Dangels can already look back on an extremely successful season 2021/22 : the Lucerne team won every game. They clearly improved over the course of the season and grew together as a team. Even if the results don’t always suggest it: it wasn’t a walk in the park, the opponents all gave the Dangels a hard fight. The consistent performance of the Dangels is all the more gratifying.

After the first 34-14 win of the second half against the Mermigans (Nyon-Monthey), the Dangels also defeated the Wildcats (Cern-Avusy) 82-3. The Valkyries from Zurich lost 0-64. Unfortunately, the opposing teams Red Wolves Bern and Switzers Geneva had to forfeit their games because they had too few players – at least one of them could be played as a friendly game. After the Dangels’ last game against Alba Lausanne on May 22 (102-0 for Lucerne), the playoffs are now upon us.

Of course, there is great hope of bringing the Swiss championship title back to Lucerne. This was last the case in 2016/17 – before the introduction of the playoffs. The Dangels are now at the top of the women’s league A ahead of Nyon-Monthey and Zurich. In the semifinals on June 11, they will meet fourth-placed team, Alba Lausanne.