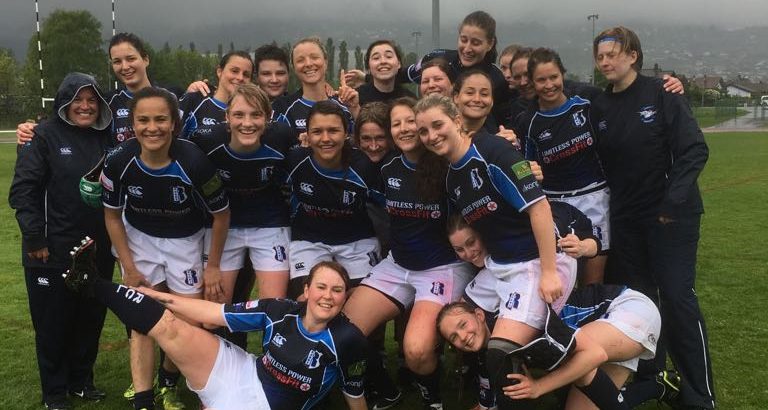 Matchreport
For the last game of the 15s season, the Dangels traveled to Monthey. Lucerne wanted to show once again that they deserved the champion’s title. As they have not lost any game during the season, they already had the title in der pocket. Nyon-Monthey is known as one of the best tackling teams in Switzerland, so it was clear that the game would be hard. In addition, the weather war very cool and rainy. Therefore, the first ten minutes of the game were not very successful – many miss passes were made and the Dangels made their own life difficult by playing uncontrolled and rather disorganized. After that, the game became more structured. The Dangels dominated, although the Mermaids held strongly against and repeatedly stole the ball. Especially in rucking, the Dangels had to go in faster. As the game went on the Dangels played together much better, the set pieces of the forward as well as the passes of the backs were consistent. Most of the tries were made through good teamwork. The final score after a hard but good game: 50: 0 for the Dangels (10 tries, no conversions). Jasi was elected as the player of the day.