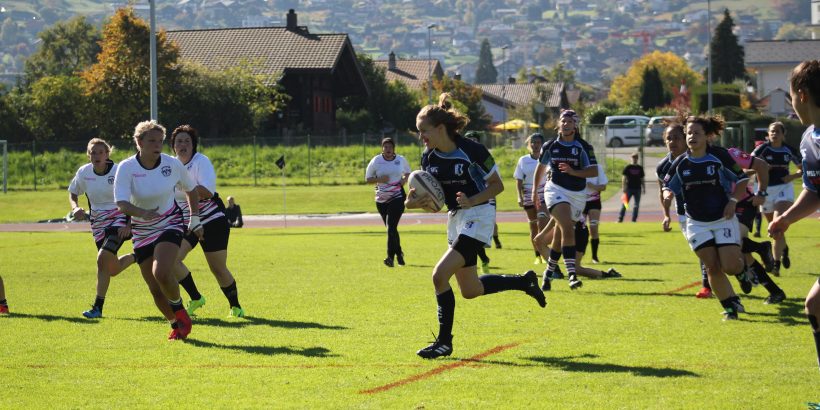 The Dangels went for a bus journey to Monthey to meet the always tough and continuously improving Mermigans, not knowing what to expect, after the Mermigans beat the Zurich.
After a quick try of the Dangels soon after the kick-off the Mermigans stepped up their game. With good tackles and aggressive rucks they made it a tough contest. The line-outs were dominated by the Dangels and even a 30 meter maul worked just fine, but the Dangels struggled in the scrums. After a urgently needed change in the Scrum positions the Dangels could finally turn thaem to their advantage, too. The backs did a fantastic work with good passes and team play.
There first half with 5 tries was clearly lead by Lucerne against a tough opponent, but the fitness seamed to let the Dangels struggle in the second half since there was only 1 try for each team.
The Dangels were proud as they always played as team and mainly stick to their game plan but still need to be more aggressive in their rucking and faster in support in the open play.

Angel: Jasi (Being VC and stepping up on all the new responsibilities)
Devil: Lala (for asking the bus to stop after 5 minutes to get her headphones…, but she still had a great game!)