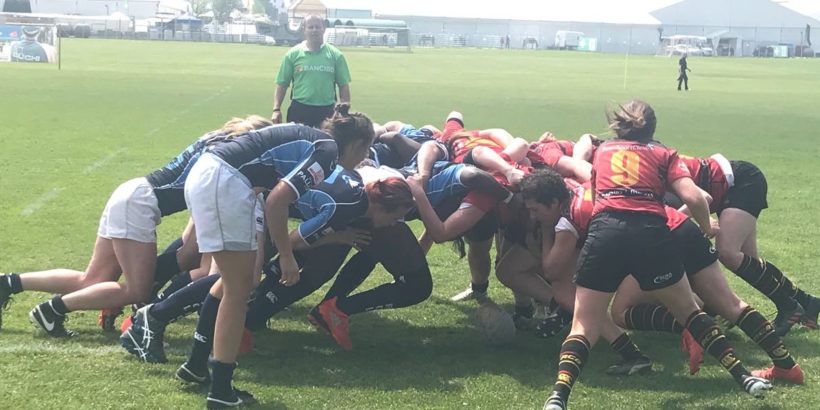 Bern welcomed the Dangels in summerly weather in Wankdorf. The Dangels started well. The first 20 minutes they were able to play their game and scored the first try.
After that, unfortunately, it went downhill. The Dangels fell into old patterns, and the Redzones could often steal the ball in contact. Although the Dangels defended well, they let escape the fastest player from Bern several times. To make matters worse, the Dangels had no substitute players. In addition, Judith has sprained her foot at the first try and could hardly run after that. Shortly before the end of the first half, the Dangels had almost made a try, but then there was the whistle.
At halftime, it stood 14-5 for Bern.
In the second half, the Dangels could not catch up, although their shape improved again. The fast Redzones girl broke through repeatedly, despite some great Tackles of the Dangels. Soon it stood 21-5, then 26-5. To make matters worse, Sarah pulled a muscle and was no longer able to run fast as well.
On the positive side, the Lucerne forwards played very strong: they used their scrums to regularly get the ball back. Shortly before the end, the Dangels turned on again and were able to score twice. Unfortunately, that did not change the defeat.
At the end of the game, Bern won 33-17.