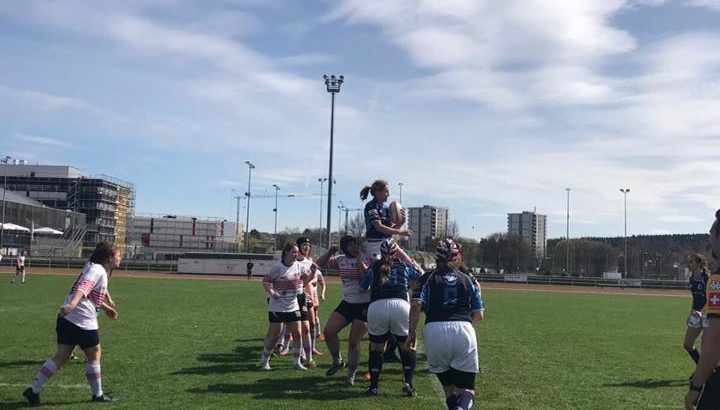 Luzern Dangels traveled to Winterthur for their second game of the spring season. With a wonderful pitch and sunny weather, the scene was set for a great day of rugby.

Winterthur have improved a lot over the last 6 months and have become an organized and structured rugby team who keep possession of the ball well. The Dangels struggled to deal with the referee’s interpretation of the breakdown in the first-half and gave away many penalties culminating in a white card for Esti. We found it hard to consistently settle into our patterns of play although there were many glimpses of what the team is capable of when stringing some phases together to create space for our many strike runners and several tries went onto the scoreboard.

The second half was a different story. Coach Billy spoke to the referee at half-time and we changed our defensive tactics. This meant we conceded very few penalties in the second half and could properly settle into our patterns of play. Many of the things we have been practicing started to work on the pitch and there were some glorious team tries with all 15 players understanding and contributing to the moves. Winterthur fought hard until the last minute and our battered bodies are testament to their physicality. Endresult: 97-0 for Lucerne.

With bruises and sunburn the worst of our injuries, we move happily on to our home game next Saturday.

Angel: Marlen – for always being there
Devil: Tschuulia – for being somewhere else…