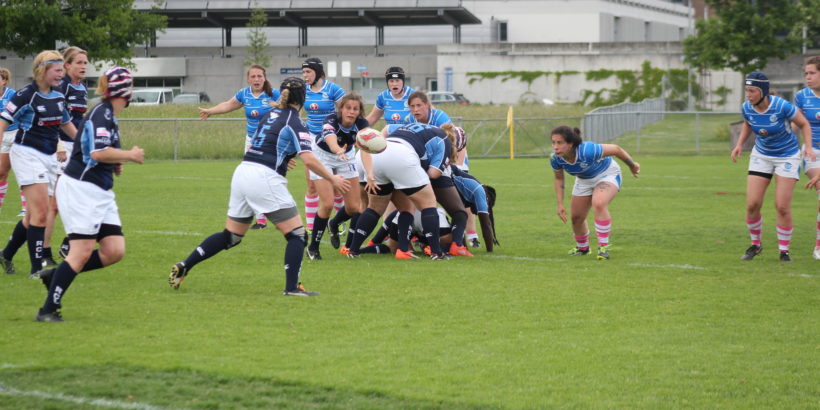 The Dangels travelled to Zurich with their heads set on rugby. Despite the small group of 15 players, the motivation for the upcoming Rugby day was huge.

The Valkyries were ahead in the first few minutes, because they could put their first try. But the Dangels did not wait long and moved along. Due to the interplay of the forwards many meters could be won. Some nice tackles were made and thus prevented some trys. Our small group shrank by one player during the game.
After 40 minutes Zurich led with 19:15.
In the 2nd half the exciting fight between the Dangels and Valkyries continued. Thanks to quick ball handling of the backs, the Dangels scored even higher, but the Valkyries were always a bit ahead of them.
Finally, the Valkyries defeated the Dangels by 29:25. The Dangels were very depressed from the narrow defeat and so all soon went home to enjoy Mother’s Day.

Wings: Reisi … because she was always there when you needed her
Horns: Sarah S., Wespi, Judith … for the mothers who play rugby on Mother’s Day