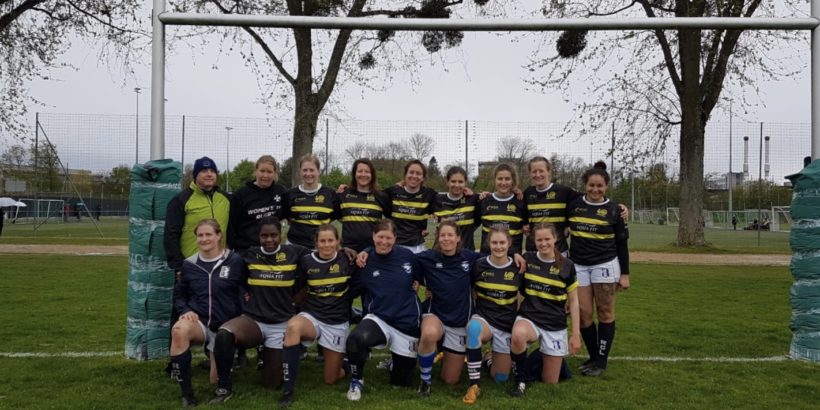 Only 16 Dangels traveled to Lausanne this day, including Isa, a former player who stepped in due to lack of staff. The game started well for the Dangels, after just about five minutes they made the first try. But, unfortunately , it went downhill from there. Although Lucerne was mostly in possession of the ball, they could not play their game and did not manage to carry the ball over the opposing tryline again. In addition, they gave away about 25 (!) penalties throughout the game. One of those Alba’s Star-Kicker (Aurelie aka Ariel) turned into points. At half time the score was 3-5 a very short lead for the Dangels.

In the second half, Alba made it even more difficult for the Dangels with a strong defence. A penalty kick for the Dangels was missed, this was their doom since the Dangels desperately needed those points. Only seven minutes to the final whistle, the Dangels came under severe pressure. During the battle for the try line, an Alba player broke her ankle severely (get well soon Harmonie!). Waiting for the ambulance caused a long break, but the match was finally played out. Immediately after the interruption, Alba got another chance for a penalty kick and scored 6-5. The remaining time was not enough for the Dangels to change that score again, and so the Dangels lost their first game of this season.

Wings: Elmi – for spotless performance throughout the game!
Horns: Jasi – she slept in and the bus had to pick her up!
Congrats to Flu for her first game
Special Thanks to Isa – well played and Mili for her support!