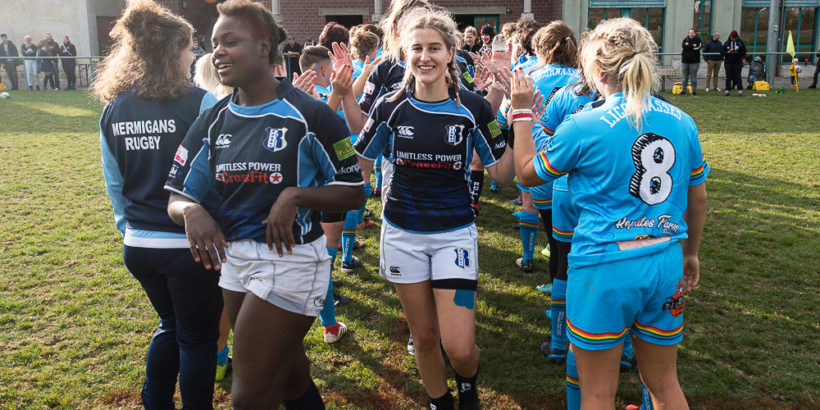 For the first time, the Dangels played on a new pitch of the Mermigans in Palezieux. The game was quite a fight and sometimes the Dangels made their life difficult for themselves. In the beginning, however, it did not look so bad: The Mermigans caused Penalties repeatedly, so that the Dangels got ahead after about fifteen minutes thanks to a kick. Then their defense got weaker and the physically strong Mermigans made a try. The Dangels did not wait too long and scored as well. However, two tries of the Dangels did not count: once, someone apparently held the ball up, and once, the referee saw a knock-on. Lala received a yellow card for some swearing, just before halftime. It stood 5-8 for the Dangels. Then, the game took place mainly in the opposing half of the field. However, until finally the try was made (Lala), the Dangels had to remain persistent. Too many penalties and knock-ons prevented them from scoring. In the end, it stood 5-13. The Dangels had won their fifth victory of the season. Now they go as the only undefeated team into winter break.

Wings: Tina (for a great game on the wing)
Horns: Lala (for her yellow card)