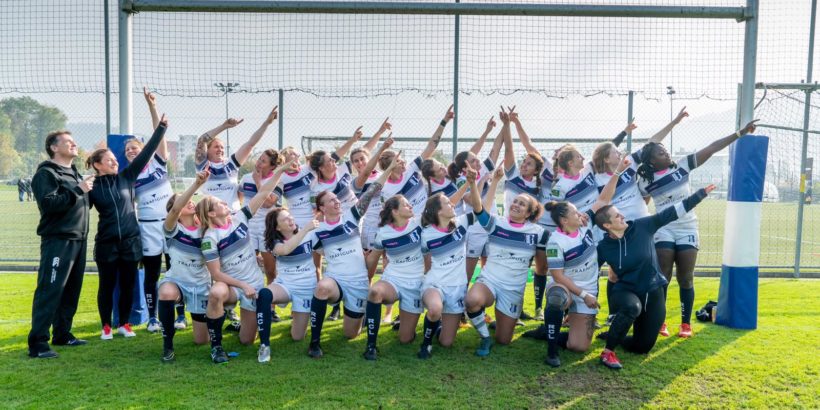 Game Report
It was a truly memorable game, the Dangels fought against the Wildcats on this October 20th. Possibly for the first time in the history of the Swiss Rugby Women’s League, a game was decided by a single penalty kick – the closest win possible. However, let’s start at the beginning: The Dangels did not start well against the reigning champion. Cern dominated the first half of the game, and was usually in possession of the ball. The Dangels were under pressure from the start, so they made mistakes in their few attacking phases. In addition, Selä received a white card for high tackling. Ten minutes outnumbered the Dangels defended as dogged. So they managed to stop any try attempts of the opponents – although sometimes only at the last moment. The score said 0-0 at halftime. It was clear that things could not continue this way, and the Dangels decided to take the game into their own hands. In fact, they managed to turn the game: they were more in possession and put the Wildcats under pressure. Several times, they were just in front of the opposing try line, but they failed to put the ball behind it. Two tries were defeated at the last second; one time, an opponent already lying on the ground was in the way, and once, the ball slipped the players fingers before he touched the ground. Things got precarious when Cern decided to kick the ball in a penalty, but the kicker missed the target clearly. Not so Selä, who performed the only penalty kick for the Dangels: With the 3-0, she more than made up for her white card. Another penalty kick from the Wildcats missed the target as well. The defensive battle ended 3 to 0 – the third game of Dangels without points for the opponents.
Wings: Selä – for the winning penalty kick
Horns: Eva – for tricking the Dangels with a “broken arm”!