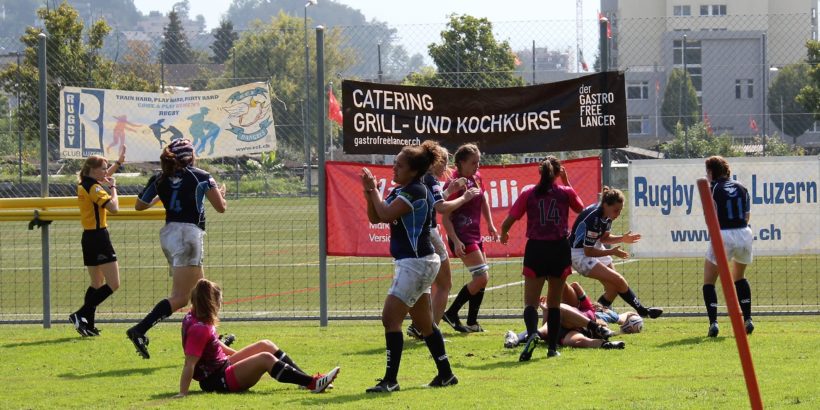 The first home game of the season for the Dangels took place at home in Lucerne. The weather was perfect: Sunny, but not too hot. The game started great for the home team. Already the first attack brought the opponents from Nyon/Monthey in distress and after a few minutes the Dangels could score the first try. And it went on like this for the first half. Despite the strong resistance of the Mermigans, the Dangels scored try after try. Shortly before halftime, however, Sina injured herself and had to be replaced (we wish her a quick recovery) – fortunately, the Dangels had exactly one substitute. At halftime, it stood 34 to 0 for Lucerne.
In the second half, a certain exhaustion was noticeable and the game slowed down. During a longer phase, the opponents made a lot of pressure. That was when the Dangels’ defense, which was intensely trained at the beginning of the season, finally paid off. At the end, they could turn up one more time and eventually won 44 to 0.