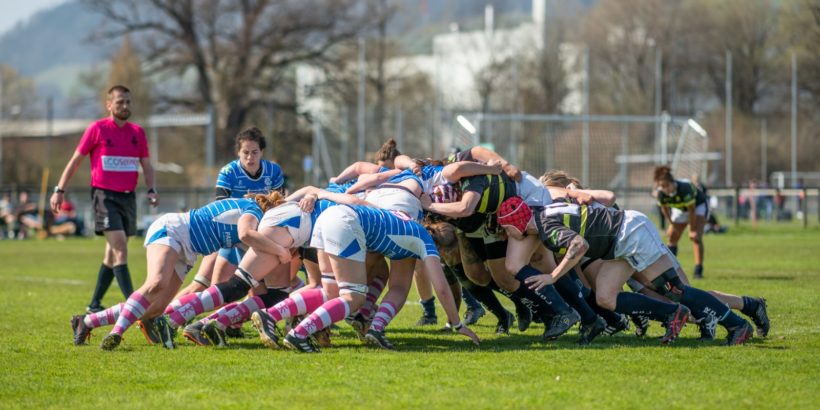 With the Valkyries from Zurich-Würenlos the Dangels hosted a physically strong team on this sunny Saturday in Lucerne.
From the start, the home team did not play as planned. The Dangels struggled with their defense and let the opponents put pressure on them. In the sometimes very strong attack, they also often lost the ball. Although, there were always phases in which the Dangels could play their own game. Nevertheless, Würi-Züri managed the first try after about 20 minutes. The 0-5 was a wake-up-call for the Dangels. For the rest of the first half, they showed that they were as good as a team as the Valkyries. So they scored shortly after the try of the opponents: 5-5.

In the second half, the Dangels could not maintain their shape, and the little injuries piled up. Again and again they were pushed back in defensive, the 5-10 was no surprise. It was a tough fight until the end. The last ten minutes of the game were spent in front of the opposing tryline. One really sensed the Dangels’ will, to at least score a draw. In fact, they managed to do that – in the very last minute. Since the conversion did not succeed, the score remained 10-10.

Tries: Ju and Angie
Wings: Marlen – for being always there, always tackling
Horns: Lala – for having a Latina moment on the pitch