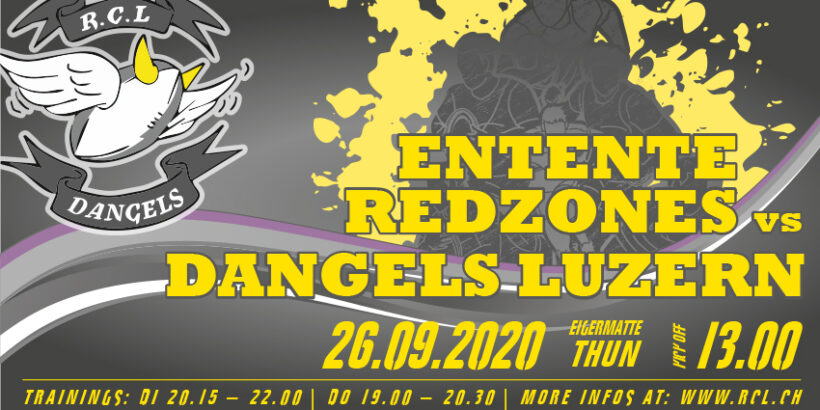 What a battle Dangels and Redzones fought that Saturday! Both teams played strong and left little space for the other – although the pitch in Thun was wider than usual. The Dangels had set out to improve after they had delivered a great performance against the Mermigans. Well, at least they managed to maintain the level: the game took place mainly in the opposing half of the field. Especially during the first half of the game they clearly dominated, although the defence of the Redzones was hard and fast. Nevertheless, the Dangels made four tries before half time, so they could start the second half with a score of 24 to 0. After around 60 minutes, however, the Dangels showed signs of fatigue: Concentration and defence slackened, the Redzones suddenly had space to play – which, of course, they used to score. After a short, friendly speech by Coach Billy, the Dangels pulled themselves together and found their way back to some extent. Two more tries followed, and the Dangels won 46 to 7 in the end.
Tries: Eva, Selä, Judith, Angi, Oumou, Lala
Conversions: Selä
Wings: Chantal (being a reliable lineout-jumper)
Horns: Billy (for having to scream at the unconcentrated Dangels)
Best Player chosen by Bern: Reisi