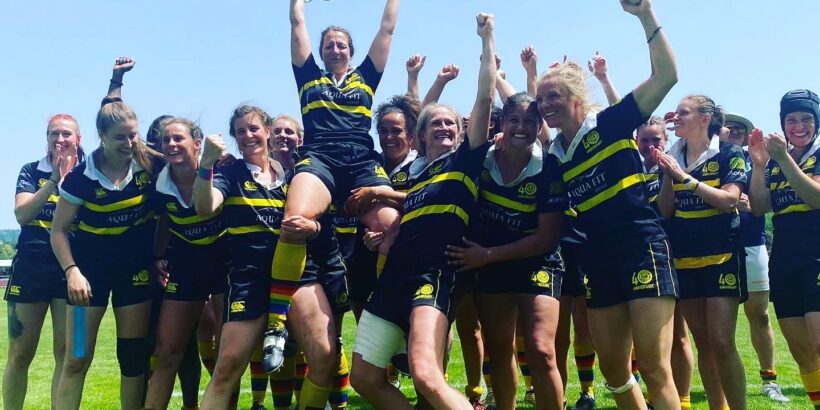 Yes, the Dangels did it. On June 18, they defeated the Mermigans 19-8 in Yverdon in the final of the 2021/22 season. Five years after their last win of the season, they brought the Swiss championship title back to Lucerne. The Dangels crowned a successful season in which they did not suffer a single defeat.
It was an exciting game worthy of a final against strong opponents. But the Mermigans failed to seriously trouble the Dangels. The Dangels took an early lead and never gave it up. Except for a penalty kick by the Mermigans, all points were scored in the first half of the game, so the Dangels were already leading 19-5 at half time. The joy at the final whistle about their performance could not have been greater.
Now the preparation for the new season begins. The big goal – how could it be otherwise: defending the title.