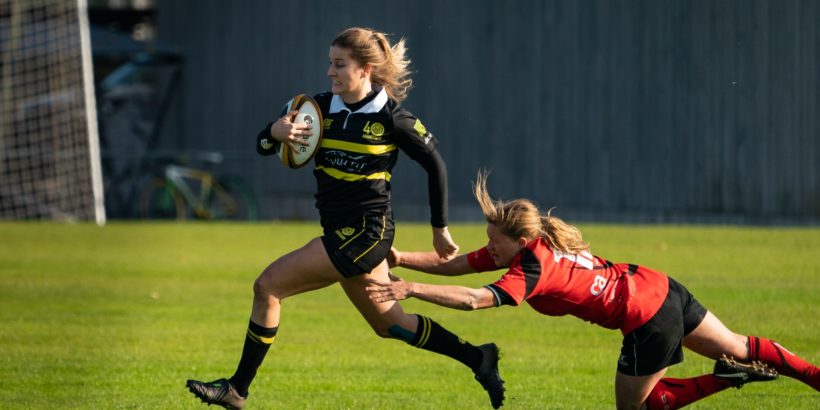 At the top of the table into the winter break

In the last game before the winter break, the Dangels met the same opponent as in their first game of the season: Alba Lausanne – this time in Lucerne. In the meantime, a lot has happened, the Dangels have made a lot of progress as a team. However, as in the game against the Redzones two weeks earlier, they had some starting difficulties. The first half was exhausting, despite the three tries made by Jasi and Chantal thanks to their strong sprints. But defensively the Dangels left the opponents too much space to play, so they could counter with a try – and also came several times dangerously close to the home try line. In addition, the Dangels struggled with many knock-ons in attack. At halftime it stood 19 to 7 for the Dangels, who could have done much more of their skills.

But, hey then did it in the second half: The defense was active, the interaction in the attack was more fluid. The Dangels kept the upper hand and scored four further tries. So they won in the end with 41 to 7. Thus, the Dangels go in the winter break on top of the league.