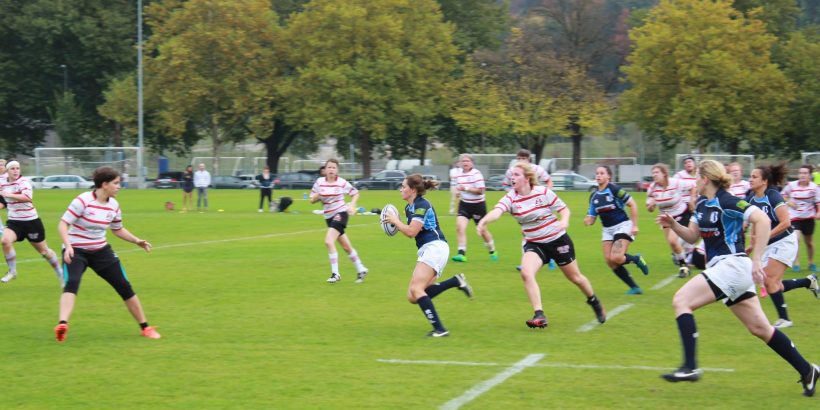 Last Saturday the Rugby Womens Team from Winterthur came to Lucerene to play against the Lucerne Dangels. It was the first league A game of the new season for the Dangels and also the first 15s game they played without support from Basel players. The Dangels were supported by Coach Kathy and coach Billy. For Billy it was the first game as a coach for the Dangelss, too. We had perfect Rugby weather, the fans came along and on 01:00pm we kicked off to our first game. The Dangels followed the game plan and after a couple of minutes they had the first breakthrough. The ladys from Winti are a pretty new team, for them it was the second game on league A. They had a couple of good runs and they proved that they have a strong rugby spirit. They fought until the end but the Dangels won the game with a final score of 174:00