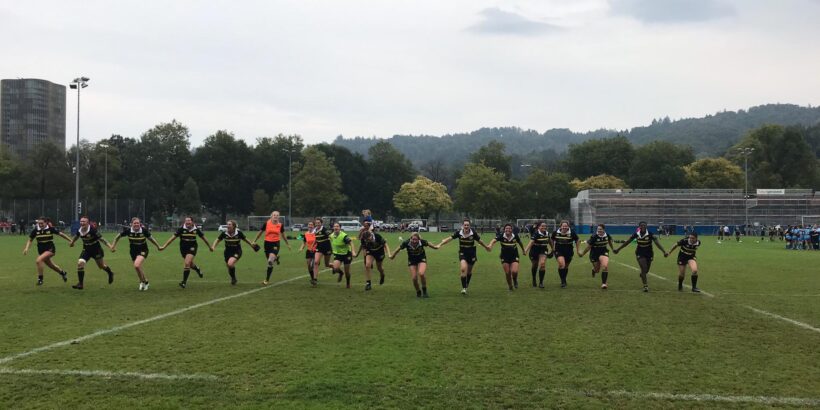 There are people who say that this home game against Nyon-Monthey was one of the best games the Dangels have ever played – at least in a long time. There were various theories why: The first game of the season against Basel was not really satisfactory, and the Dangels wanted to show that they can do better. As the reigning champions, the Mermigans were strong opponents – and the better the opponent, the better the Dangels play. After we heard that games had to be postponed due to Corona, the Dangels approached the game with a lot of enthusiasm – because nobody knows for sure how many games there will be this autumn. The weather was ideal, slightly cloudy at 23 degrees. And maybe the numerous fans motivated the home team. Whatever the reasons, the Dangels played terrific from the first to the last minute. In defense and attack, they pulled through their game and did not allow themselves to be disturbed. They played as a team and for the team. The final result 24-0 (14-0) was a deserved victory for Lucerne.