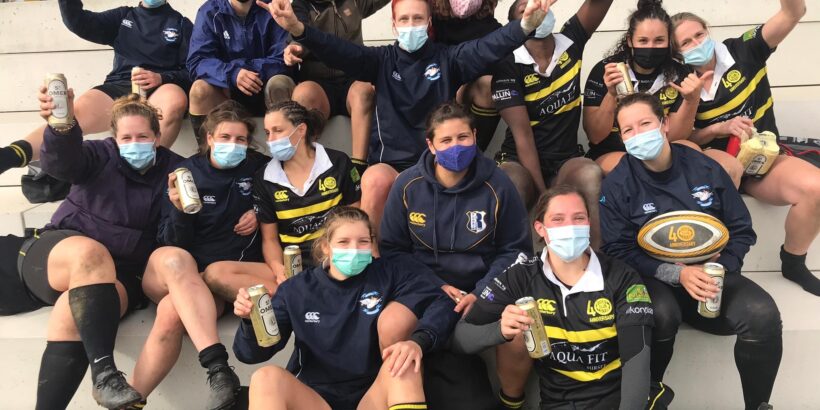 The Switzers welcomed the Dangels on a perfect rugby field from another Geneva Club. This Clubs manners took a bit of getting used to: walking in from the cabin to heroic music, and after every try also music – too bad for the kicker. But the beautiful lawn was quite pleasant.
The game can be briefly summarized: The Dangels were clearly the better team and won in the end with 55 to 0 (at Halftime 24:0). However, at times they made life difficult for themselves. Often they were too upright in contact and had to accept numerous penalties for high tackles, among other things. Because of the aggressive style of play of the opponents, the emotions boiled high in the second half – which is why Oumou had to leave the field with a yellow card. Tina also received a yellow card for tackling without arms. Despite all that: In those phases in which they could play their game cleanly, the Dangels dominated. This was particularly evident when they made a try with two players less. The victory was a well-deserved satisfaction after a tough fight.