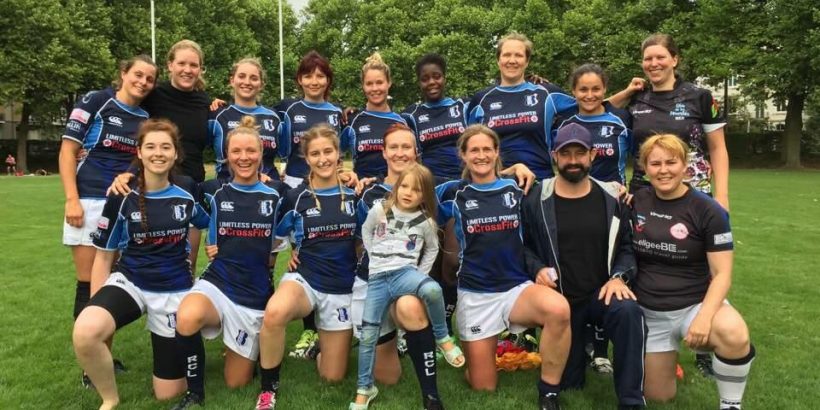 The third and final Super Sevens tournament of the women’s league took place on 1 July in Basel with perfect rugby weather. Unfortunately, only three teams (Basel, Zurich, and Lucerne) had registered for it. To ensure that at least a pool of four teams was available, a scratch team was made up of players from Lucerne, Basel, Winterthur and Cern, who were not able to play in their home teams. The Dangels defeated all three opposing teams, and they also succeeded in the final against Zürich. Therefore, they brought the Super Seven’s Trophy 2017 to Lucerne. The Dangels are thus – after the victory in the 15s league – double Swiss champions. After having to give both titles away last season, this is a special success and reward for their hard work.
Players of the day: Jasi, Angi
A big Thank You goes to Chris Stuart for his commitment as 7s coach.
(by Bea)