The weekend before last, RCL Men lost in a pretty disappointing match to Lugano, 0-25. There was a huge increase in the number of scrums thanks knock-ons in difficult handling conditions. So, while neither side welcomed the torrential rain, the well-drilled scrummaging of Lugano ensured they kept a high level of possession. Otherwise, RCL fought hard and did well in the other areas of the game. Unfortunately, while we did have a solid side starting the game, yet more injuries ensured that late-on, we were seriously weakened. However, with a fitter squad, this is an opposition that will face a far sterner test come April. 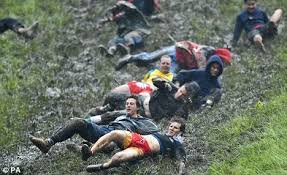 Then, this Saturday, things changed. With the addition of a couple of new players, it seems that, after all these weeks of promises, we finally did get our season underway. Few would have given RCL much hope facing the league leaders and conquerers of Bern (who put 52 points past us only a few weeks ago). And, from the start, it looked like it might be another disappointing day. However, RCL quickly acclimatised to the game, and managed to disrupt a well-drilled and large pack. Some hard defensive hits on their forwards’ crash balls, and cool heads when we started conceding points, would eventually keep us closer than we might have originally thought. While our line-out was disappointing, our open-play was the real positive point. Our forwards rucked the best they had done all season, stealing many balls (albeit conceding far too many penalties). Visibly upsetting Basel, who clearly came down here expecting to better Bern’s scoreline against us, was a great boost to RCL.

RCL backs were superb, and exploited openings in the Basel defense, especially in the 2nd half. Running the best lines of their season so far, they showed what they can do. Suddenly Basel’s far heavier pack were shown up. Again, while clearly lighter than our opponents, we harried them and continually broke down their phases.

Basel went two tries up earlier in the first half, but RCL held out to go to the break with a manageable deficit. Things changed in the 2nd half, and RCL bounced back with two tries in succession, our backs showing Basel what they could do. Sadly, strength, fitness and a little luck gave Basel their latter tries nearer the end of the match.

Overall, against Basel, the whole squad looked more confident and believing in themselves. It has been a retched start to the season, and no club of our size would have easily sustained so many injuries and absences these last 6 weeks. Finally, however, our perseverance has gotten us to where we deserve: giving the league leaders a real scare, and generally upsetting their delightfully confident halo. With the new additions to the club – both novices and experiences heads – and the recovery from injury of several players, things will keep improving. As one Basel player asked in Pickwick’s Saturday night, how the hell was that team today win-less, at the bottom of the league? Well, not for long…